Part of our 'getting the message through' series.

Modern festival stages are busy places; a typical performance might have artists, a monitor engineer, a monitor tech, backline crew, patch technicians, as well as a stage manager and their crew – that is before we include security and hangers on! Combining this complexity of personnel with tight turnarounds has the potential to create delays, which may knock on through the day and lead to a headliner slot being cut short against a curfew – leaving punters (and the promoter) unhappy! Every production company should strive to have a solid plan in place before even arriving on site.

Unfortunately, even with all the bands contacted in advance and specifications double checked, last minute updates are commonplace; a band might have a dep drummer with a different rig, or perhaps their keyboardist is trying out a new wired IEM system. Maybe this is the band’s last live date for a while and they want to go out with a bang and a brass section! Whatever the cause, it’s important to be able to communicate changes clearly among the festival crew.

In the beginning, there were prosumer two-way radios, and these sufficed for smaller gigs. The next step in that journey was to move to a professional PMR446 system (most likely manufactured by Kenwood). However, typical PMR446 walkie-talkie systems are not designed to be used in environments with a high level of background noise, such as your typical festival stage – the quality of the transmission degrades very quickly, especially when you’re shouting into the microphone trying to be heard over a screaming electric guitar solo! At this point, you need to start upgrading your comms system to something with a little more discrimination.

Puxley’s typical festival crew comms system has been developed over many years. It now resides as a scene on a venerable Yamaha LS9-16, which functions principally as a matrix mixer to make sure that each technician hears only what they need to, taking whatever inputs and outputs are relevant to them and piping them out to the relevant transmission medium, be that a shout box, an IEM transmitter, or a PMR446 injector of some sort.

Different personnel have different requirements – it’s quite possible for patch or stage crew to have headphones on for the whole day, but technicians mixing the show need to have their ears available to listen to artist or audience mixes. Likewise, the monitor engineer will only ever be talking to someone from the monitor den, but a patch technician could be almost anywhere backstage. Because of this, different staff in our typical festival deployment are given equipment to suit their role:

A shoutbox, and a pair of switched mics – one for Talk To Stage use to communicate directly with the artist, the other for Audio Shout to the crew privately. Occasionally a third line as a dedicated shout to VT, if the show is particularly playback heavy, or incorporates live transmissions.

A shoutbox, and a pair of switched mics in a setup similar to the FoH engineer. The comms mixer is usually situated in  the monitor area as well, as is a spare Kenwood radio to allow us to send and receive audio to other crew on PMR446 devices.

Every member of the patch crew gets an IEM listen pack and generic IEMs. The lead patch tech also gets a (cardioid!) headset mic, muted via the switch on their transmitter.

This depends a little on the size of the festival and the extent to which the house backline tech might be involved. It could be as simple as a PMR446 radio, or it could be a duplicate of the patch lead’s equipment.

Typically, stage management will work off of PMR446 radios. If the show is being cued by a caller, key stage crew will get an IEM mix.

Usually VT technicians will be set up backstage, out the way of the general melee, and will generally get their own shoutbox and switched mic.

Getting the message through

As you’ve probably noticed, the modern festival stage can have a lot of different departments working on it. You may also realise that not every department needs to talk to every other; for example, the stage management won’t need to talk to FoH, and monitors won’t need to talk to the VT crew. This is where the LS9 comes in, allowing you to matrix several feeds together. Below shows a typical example routing matrix for a festival stage.

In this configuration, every department can hear chatter from the other departments most relevant to them. This does mean that Patch and Backline crews get a comparatively large amount noise in their ear, but the job description means that they do need to take input from just about every other department.

It’s worth noting that VT has their own dedicated line to and from FoH – my experience has been that VT will often ‘switch off’ if they hear audio chatter regularly, and can sometimes then be slower to respond to shouts that require their attention. It’s also sometimes nice for patch and backline crews to be able to hear the TTS lines from FoH and Monitors – this allows them to follow a linecheck around the stage and respond to any problems without having to be hailed through the audio shout ring.

Check out our Communications at Live Events blog post for more on the topic, or get in touch to discuss Puxley PA hire and Stage Comms services. 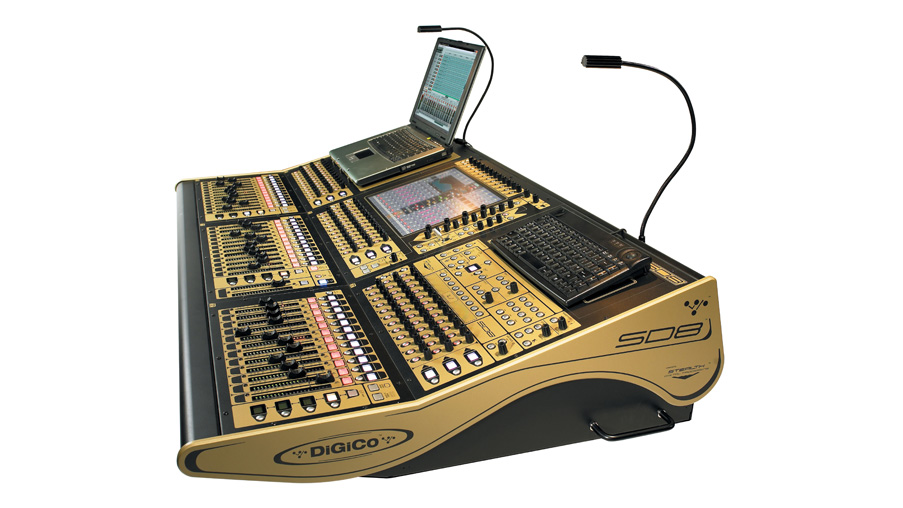